The Most Common Surgeries Needed by Older Patients

Though elderly people are only about 13 percent of the population, they undergo 20 percent of all surgical procedures. Generally, the older a person gets, the more likely he or she is to face surgery. Here are some surgeries that are especially common in elderly people:

Cancer is common in all ages, but still largely a disease of old age and so old people are over-represented when it comes to cancer surgeries. These surgeries are done to remove or stop the spread of tumors from the prostate, the colon, the breast and other organs.

A cataract is a gradual and painless clouding of the lens of the eye and elderly people are also more likely to suffer from cataracts than younger people. In cataract surgery, the clouded lens is removed by an eye surgeon like this ophthalmologist in Cary NC, and an intraocular lens is put in its place. Nowadays, cataract surgery is often outpatient surgery.

Nearly everyone over 65 has a touch of arthritis, which happens when the cushioning cartilage between the joints starts to beak down. Sometimes, the joints can actually rub against each other, leading to pain and inflammation. Sometimes, the condition is so debilitating that the ball of the hip, the knee, elbow or wrist needs to be replaced with prosthesis. These prostheses are often made out of plastic and titanium, a metal which is well tolerated by the body. 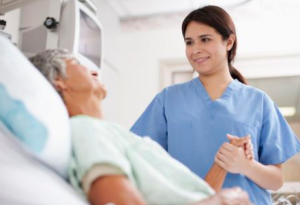 This is also known as gallbladder surgery. Now, gallbladder surgery can be laparoscopic. The patient’s abdominal area is filled with gas to inflate it. Then, tiny incisions are made and a tiny camera is inserted into the surgical site. The doctor operates by looking at a monitor and removes the affected organ one bit at a time with miniaturized instruments. Laparoscopic surgery also cuts down on recovery time and the risk of complications. Elderly people tend to respond well to it. Laparoscopic gall bladder surgery can even be done on an outpatient basis.

Now that people know that many ulcers are caused by a bacteria, the patient can be given antibiotics to clear it up or a medication that stops the stomach from making acid. But if that doesnâ€™t work and the ulcer is interfering with the patientâ€™s ability to digest their food or if itâ€™s at the point where itâ€™s eating a hole right through the stomach, ulcer surgery might be necessary. The surgeon might simply suture the hole or use lasers to stop bleeding. In truly severe cases, the patient might have to undergo a surgery that removes part of his or her stomach. This is called a partial gastrectomy. 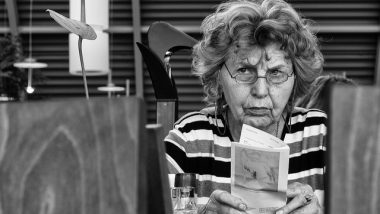