As people reach their senior years, some of them do not like to spend the rest of their life in the home for the aged and so they usually live alone. This is since their children have their own families or have relocated to a place, which is closer to their work. One of the greatest fears that old people face is crime, especially during this time when they are most vulnerable. Most of them live in older neighborhoods where crime is a common occurrence.

Why the Elderly Are More Prone to Crimes

Seniors can easily become prey to criminals because of their reduced physical strength or handicaps. Ordinarily, they feel insecure since they are living all by themselves, more so, with the thought of becoming victimized by criminals. The old and rich are not free from this fear since most of them live in their big house alone. This, also, makes them an easy target.

According to authorities, though a large number of incidences of elderly abuse are not reported, the number of cases can actually reach more than two million each year. These involve the ill-treatment of elderly people either physically or psychologically, in both institutions and homes. Since the population of older people increases, these incidences of abuse will most likely continue to rise, as well.

Since older people live alone, they tend to be lonely and long for someone to talk to. This makes them an easy target of con artists and swindlers. Since their funds are limited, they can be victimized by those offering easy money. If they have a health condition, they are quick to believe those who offer a miracle cure. Seniors who are vain can be easily lured into buying anti-aging products.

Personal larceny is a property crime, in which the elderly are victimized at almost the same rate as younger age groups.

The elderly are more prone to home burglary since they are defenseless and live alone. Experts with Aurora home security suggest installing a home security system such as those with Vivint in Waco TX.

Since most of the elderly have dementia, it makes it easy for identity thieves to steal valuable information from them such as credit card and bank account details. They can even go through a senior’s trash to get financial data that may have been accidentally thrown into it. 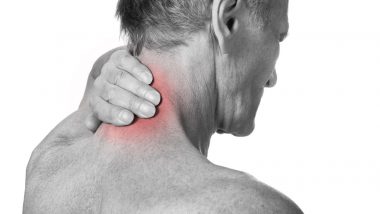 Understanding Those Aches and Pains in Your Body

Five Health Habits You Need to Step Up in Old Age