A Mayo Clinic study indicates that men seem to suffer more from Mild Cognitive Impairment (MCI) than women, but women are more likely to develop dementia and Alzheimer’s Disease.

Memory Problems in Men and Women

The study looked at the frequency of MCI in a random sample of elderly people. About 15% had symptoms of MCI ( thought to be a precursor to dementia).

Preventing Alzheimer’s is the most promising prescription. The hope for this research is to be able to identify at-risk individuals and intervene when treatments are available. “Because evidence indicates that Alzheimer’s disease may cause changes in the brain one or two decades before the first symptoms appear, there is intense interest in investigating MCI and the earliest stages of cognitive decline,” said NIA Director Richard J. Hodes, M.D.

Men outnumbered women for MCI … but women in are more likely to develop dementia. So, the results are interesting, but way to soon to make any conclusions.

It’s best to go to the source of the study for an in-depth explanation … blogger and journalists try to capsulize and translate studies for general readership and often over-generalize.

Older men may be at risk of developing mild cognitive impairment (MCI), often a precursor to Alzheimer’s disease, earlier in life than older women, according to a study appearing today in Neurology.

Scientists evaluated the cognitive health of 1,969 dementia-free older people and found 16 percent showed signs of MCI, a condition usually marked by memory problems or other cognitive problems greater than those expected for their age. Prevalence was greater among the older participants, and it was consistently higher in men than women across all age ranges 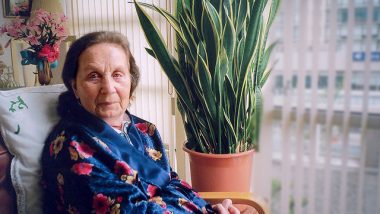 Caring for People With Early Signs of Alzheimers and Dementia