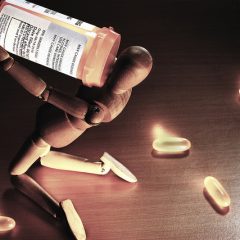 Withdrawal Effects. Addiction. Daytime Impairment. Everyone knows that a good night’s sleep is critical to your health – but the side effects of sleeping pills may outweigh the benefits. Are you at risk?

Head Injuries: It’s All About the Symptoms

Head injuries should never be taken lightly. Whether the pain is a slight annoyance or constant throbbing, you should never ignore what your body is trying to tell you. Though there are different types of head injuries and different levels of aches, you should still be aware of the symptoms you are experiencing. Different Types […]

Post contributed by Mary Christiansen. Mary works as a marketing associate for 1-800-CPAP,  the discount CPAP supplies specialists. People are living longer now than they did during any other time in history. It is estimated that there will be over 69 million Americans over the age of 65 by the year 2030. This will represent […]

Reduce Your Risk for Alzheimer’s Disease

Alzheimer’s disease was first identified in 1906 by German scientist Alois Alzheimer. Today, it’s one of the leading causes of dementia, a disease of the brain which affects cognitive ability. Worldwide, there are nearly 35.6 million people living with dementia, according to the World Health Organization. Up to 70 percent of these are thought to […]

The CBS Program “The Doctors” aired an interesting segment about understanding Alzheimer’s Disease. They make mention of the Clock Test. An individual who commits two errors or more in drawing the clock hands deserves further investigation for a possible dementia. Normal hand placement on the clock drawing test does not exclude AD. However, when prevalence […]